Must Check: Kareena Kapoor Khan and Mouni Roy look gorgeous in THIS photo 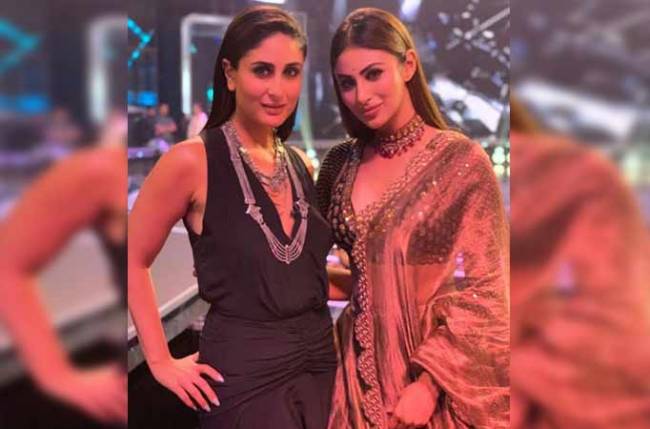 Film and television actress Mouni Roy has been winning hearts with her acting chops and style statements. She has undoubtedly carved a niche for herself in the entertainment industry. After working in television world for many years, she has stepped into the world of cinema. She made her debut in Bollywood as a leading actress with Akshay Kumar’s Gold and since then there has been no looking back. She has currently three movies lined up including Brahmastra, Made in China and Mogul.

The actress has been quite busy these days as she is currently gearing up for her next release i.e. Made in China. Mouni will be seen alongside Rajkkumar Rao in the film which also stars Boman Irani, Paresh Rawal, Sumeet Vyas, Amyra Dastur, Manoj Joshi and Gajraj rao. It is scheduled to be released on 25 October 2019.

Recently, Mouni visited the sets of the show Dance India Dance for the promotion of the film. She was quite elated at having met the beautiful Kareena Kapoor Khan who happens to be one of the judges of the show. Mouni took to social media and shared a stunning picture of the duo.